Israeli Abroad Jake Cohen was officially introduced at Obradoiro CAB for the upcoming 2020/21 season. Cohen moved to the Spanish team after three successful seasons at Maccabi Tel Aviv in which he won three Israeli league championships with the last being while he was captain. Last season with the Yellow & Blue, the 2,08 meter forward scored 10.8 points, grabbed 4.8 rebounds and dished out 2.1 assists in 28 games.

Cohen who signed with the Santiago based club this summer as the final piece of the team’s puzzle and will be counted on to provide a veteran presence on and off of the court spoke about his move to the ACB League, learning a new system and the decision to sign with Obradoiro: 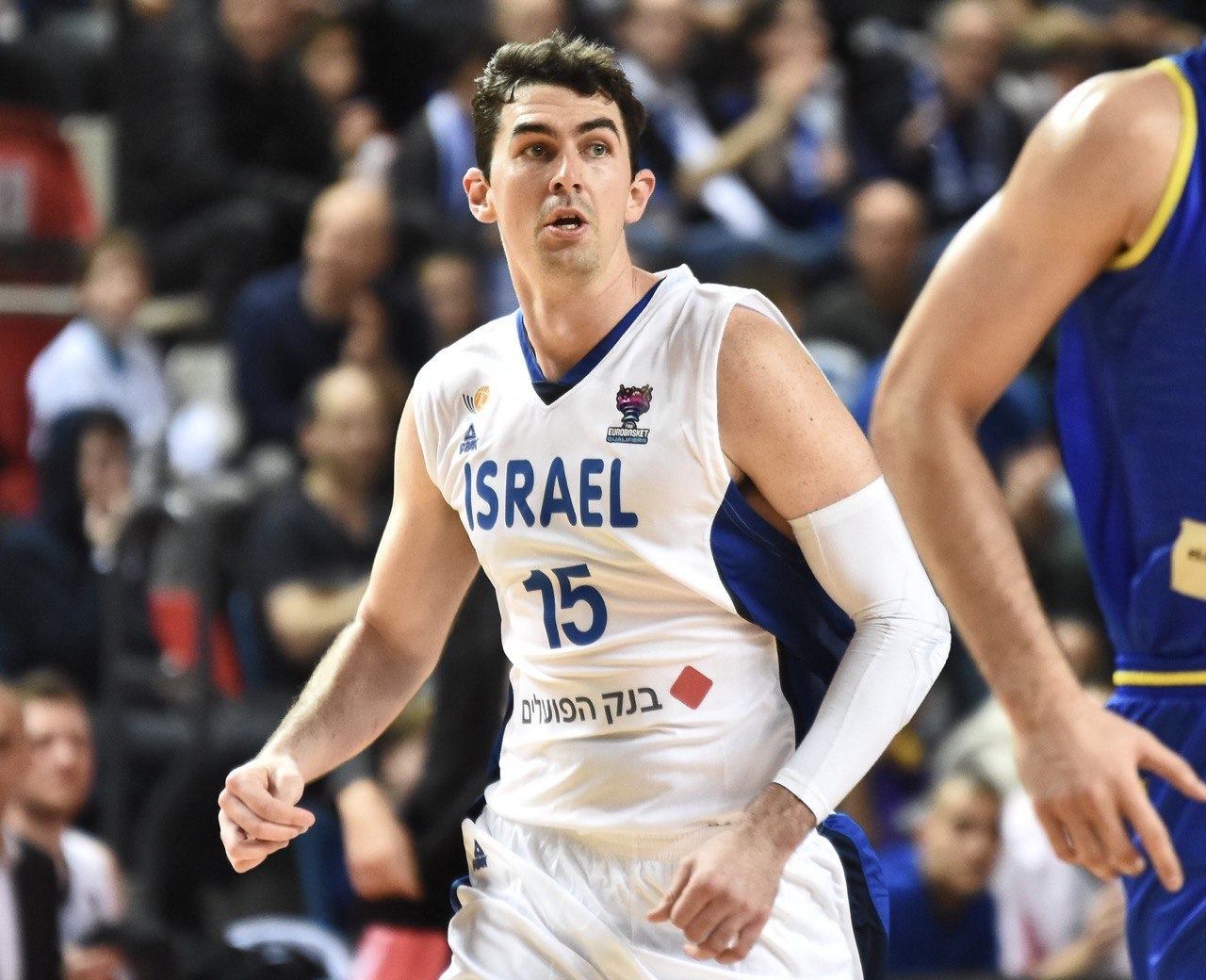 “I think that Obradoiro is a very special place. Since I first came out of college they have wanted to sign me which means a lot to me that they have had the interest for such a long time. Playing in the Spanish ACB is a great opportunity, it’s a really high level league and presents an opportunity for me professionally. It’s also an opportunity for me to play with one of my best friends Chris Czerapowicz and that’s not something you get every day or every year as a professional. When the opportunity came up it was the perfect combination of pieces and it made a lot of sense.”

Former Maccabi teammate Angelo Caloiaro also played for the club a number of years ago and had only positive things to say about the team and community, “I asked him a lot of questions about Obradoiro and Santiago and he had nothing but great things to say and it was very encouraging. He was another positive influence in me coming here.”

Moncho Fernandez has been the coach at Obradoiro for over a decade and is looking forward to collaborating with Cohen, “After I signed he was excited about the season and I said I was excited too. I think we have a very talented team and once we get all together we can take it step by step. Hopefully we will have a fun and successful year.”

The system under Coach Fernandez is something different explained Cohen, “The system between from coaches is unique. I haven’t seen any team in Europe play how we do here at Obradoiro. Learning the system and the style of play has been an adjustment but I am coming along and soon it will become second nature for me. But I think that basketball is basketball. It’s unique with a lot of reads and reactions whereas a lot of systems that I have played in are very specific about what to do and where to go. This one leaves a lot of freedom to the players to change and react.”

Cohen also addressed the Covid-19 situation around the world, “It’s kind of the same everywhere you go, everyone is trying to be careful and take care of themselves. It’s something we have had to learn to live with lately and no matter what place I am in people are trying to do their best.”

The Bryn Mawr, Pennsylvania native comes to Obradoiro with many years of experience and will be able to help his new team but he also says that he is just one piece of the pie, “I think I can help my teammates with some of the experiences I had, but I don’t feel more important than anyone else. We are all in the same boat trying to win games. It’s my first week here, so I am just trying to learn the system and fit in and get to know my teammates. My experience will help the team because I have been doing this for a long time now. Where that takes us is up to us as a team not any one or two individuals.”

This will be just the second time in Cohen’s pro career that he won’t be playing in a European competition and will feature in domestic league only. However, that’s going to be fine for the expanding Cohen family, “I didn’t really think about it like that. I thought just about the opportunity in front of me. Playing in this league is a wonderful opportunity. Not playing in Europe is something I have only done once in my career. It will be a little different but my wife and I are about to have our first daughter so maybe a little extra time at home isn’t such a bad thing.”