3-Pointers
1) Scottie Wilbekin proved what type of winner he is once again as he is back and focussed on the grand prize. The game should have never come down to it, but with 2.7 seconds left Wilbekin found the bottom of the basket with a game winning triple to send Maccabi Tel Aviv into two title game for the second year in a row. The Yellow & Blue should have salted the game away ages earlier but somehow let Iftach Ziv and Akil Mitchell work their magic over the final ten minutes to give Maccabi fans some nervous moments down the stretch. “It’s great to score a dramatic game winning 3-pointer,” Wilbekin stated. “It’s incredible to score the winner shot but we had a crazy three minutes of play before that. What was crazy? It was three regular minutes of Israeli basketball. We deserved to win and it was important for us to advance to the final.” Amare Stoudemire had this to say about his teammate, “Scottie made a big three for us. We always need a closer, every team has their closer. Tonight, Scottie was that guy for us. Great team game, but Scottie came through for us at the end.”

2) Gilboa Galil coach upon second thought should have probably double teamed Wilbekin and force another player to beat them. Frederic Bourdillon was open in the right corner and he would have been a preferable player for Lubin to have take the shot but as they say, hindsight is 20/20. “It was clear that Wilbekin was going to get the last shot,” said Gilboa coach Lior Lubin. “He’s used to making clutch plays and we should have tread to have another player beat us. Perhaps we missed an opportunity.” Tyler Dorsey who picked up the slack in the decisive game 3 against Hapoel Tel Aviv had this to say about having his teammate back in action, “I got his back so it makes it hard for teams to double Scottie because we have other threats on the floor. We’ve got to finish it off on Tuesday and we got the job done here, but it was a little too close for comfort. Playoffs are like that though. Scottie stepped up and hit a big shot for us.” 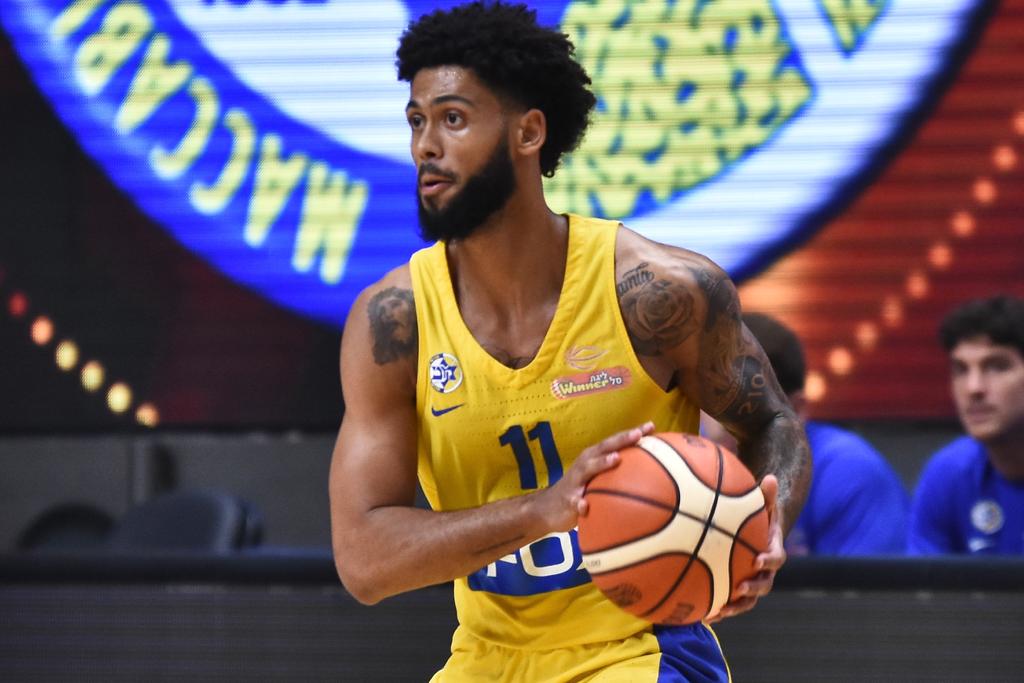 3) Tyler Dorsey was terrific once again and that fact was not lost on anyone at Maccabi Tel Aviv. With 20 points after notching 26 last game, the guard has raised his level of play in the Yellow & Blue’s time of need. His effort wasn’t lost on coach Sfairopoulos, “It’s very important that Tyler stepped up at the right moment when we needed him. We need all of the players.” Yes, Maccabi needed everyone top to bottom once again and they’ll need them all when they face Rishon Le’Zion in the final. What did Dorsey himself think of the championship game’s opponent? “They’re both good teams. I’m glad Rishon won because we lost to them twice in the season and we owe them one. I’m looking forward to facing them on Tuesday.”

Overtime
What led Gilboa Galil to comeback at the end of the game almost costing Maccabi Tel Aviv a chance to defend their title? “One is tiredness and we lost a little bit of our concentration,” said Sfairopoulos. “Offensively we had some moments when we didn’t communicate well and we gave up some easy points. But we showed our character and Scottie got the last possession and he’s the type of player who can get the last shot and because of that we won the game.” STAT had this to say, “This is what playoffs are about. Close calls, battles, up and down, momentum shifts, amazing game.” Lastly, Dorsey some about the energy level, “I think our energy was low, maybe it was because of all the stuff before the game we may have been off a bit. We’ll get some rest and bounce back for Tuesday and leave it all out on the court.” 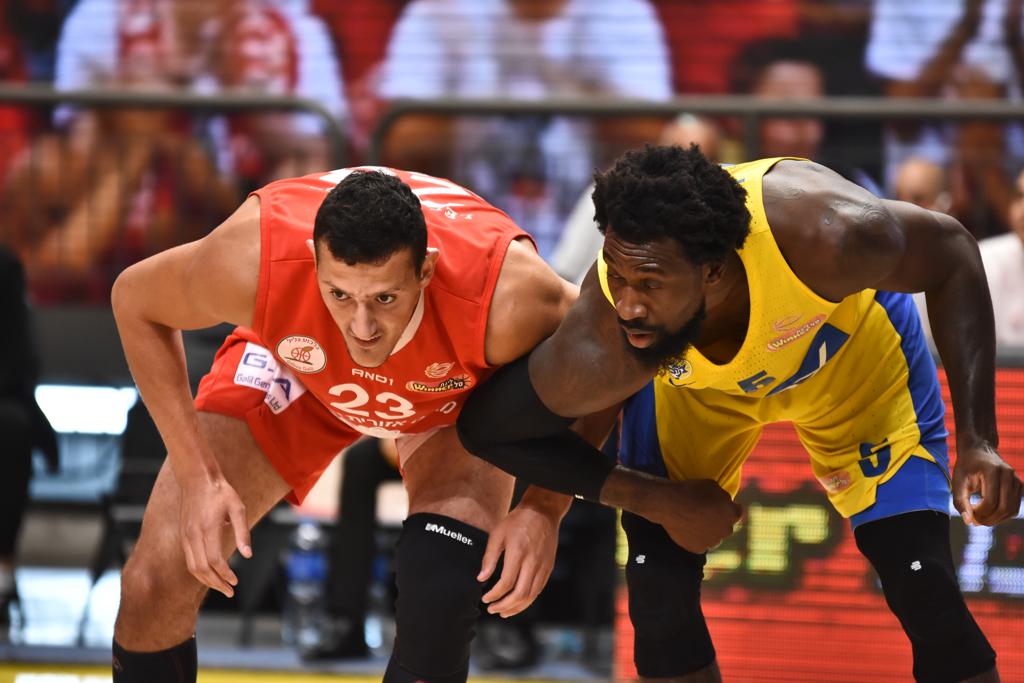 And-One & Some
A) Maccabi will certainly look to leave it all on the court on Tuesday as both Coach Sfairopoulos and Amare Stoudemire have one thing on their mind which is to take home the title, “A final is a final,” said the bench boss. “No matter if you play good or bad you’ve got to win the game. If you are tired or not you need to win the game. We will fight hard against Rishon who we saw how they started but we also saw how Jerusalem came back. I think it will be a very interesting game.” The 6x NBA All-Star talked about the goal ahead, “Every time you go into a season the goal is to win a championship. We’re almost there and we’ve got one more game. We’ve got to reshape our focus and get ready for a championship game.” Could this be Amare’s last game? “I feel great my body feels amazing. Father Time kicked in a little bit for me. I feel amazing so we’ll see.”

B) Huge credit has to go to Lior Lubin and his star guard Iftach Ziv. Both did an amazing job helping take their team into the Final 4. Lubin was able to mold a team not once but twice before and after the coronavirus break that was bale to shine on the court and play fun, exciting basketball. If someone would have said to Lubin before the season that he would be seconds from the final, would he have signed on the dotted line? “I would have bought just making it to the semifinals. You all know where you thought we would finish at the start of the season and yes, our aim was to make the playoffs. We were in 7th place before the break and just one game off of 5th place so we were in a good state We played great after the break and were very happy as to how we performed.” 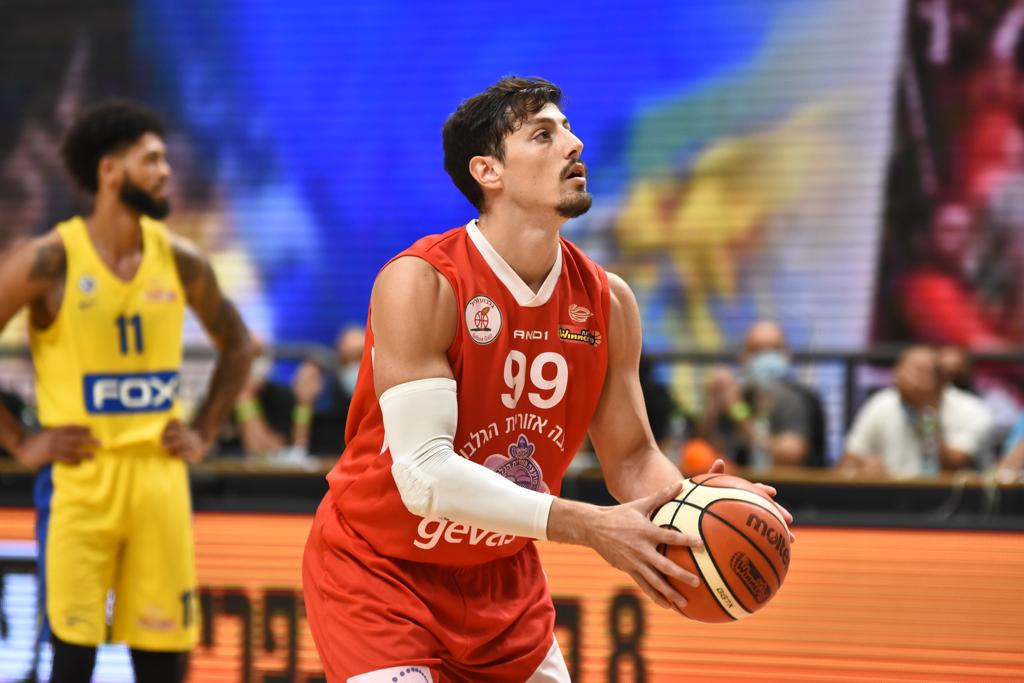 C) As for Ziv, the Israeli guard was a star and took home the post-corona MVP award. He was no less than stellar for the past month and sparkled on the floor for the Galilee club. “He deserved it,” said Lubin about Ziv’s award. “He invested a lot in himself and he’s an athlete where you can see how his work paid off. He was our leader at only 25 years of age.” Ziv himself had this to say about the past few weeks, “We were able to really bring it together since the break. We believed in ourselves and made a great run with the best record in the league since returning. I’m proud of the guys, it’s disappointing to lose but that’s sports for the good and the bad.”

Some Stats
* Hapoel Gilboa Galil had a night to forget in the assist column with only 9 for the game not coming close to their average of 17 per game during the season.

* Maccabi didn’t have a great shooting night from 2 going 15/37 well below their average of close to 60%, but they made up for it from long distance with 11/23 for close to 50% well over their average.

* Deni Avdija had a near double double with 11 points and 9 rebounds in what was a quiet game for the 2020 NBA Draft Prospect. Although he was 5/14 from the field he played over 37 minutes and was key on the defensive end as Sfairopoulos rides him into his final game for Maccabi.

* Michael Young had a rough night going 3/12 from the field while Benayahu Sror had a great game going 3/3 to lead Gilboa Galil with a +7.