1) Deni Avdija put on a show for Maccabi Tel Aviv against Maccabi Ashdod. The 2020 NBA Draft Lottery Pick Draft Prospect looked mighty, mighty fine in his first game following the Coronavirus break. Avdija answered all of the critics putting up incredible numbers which included 23 points, 7 rebounds, 4 assists while going 7/8 from the free throw line and 2/3 from 3-point land. Not only were his stats impressive, Avdija also controlled the pace of the game just as one Luka Doncic did in his final year with Real Madrid. When I watched Deni dissect Ashdod it reminded me of just how Doncic dominated opponents the year that his Spanish squad won the Euroleague title. Now, I haven’t compared Avdija to Doncic all season long, but it was clear that post-Covid-19 Avdija was a different player than pre-Covid-19 and that was also due to the work he did on his body. He was fit as a fiddle and had worked on bulking up saying that he had heard criticism and he wanted to prove those critics wrong. Well he did that against Ashdod. 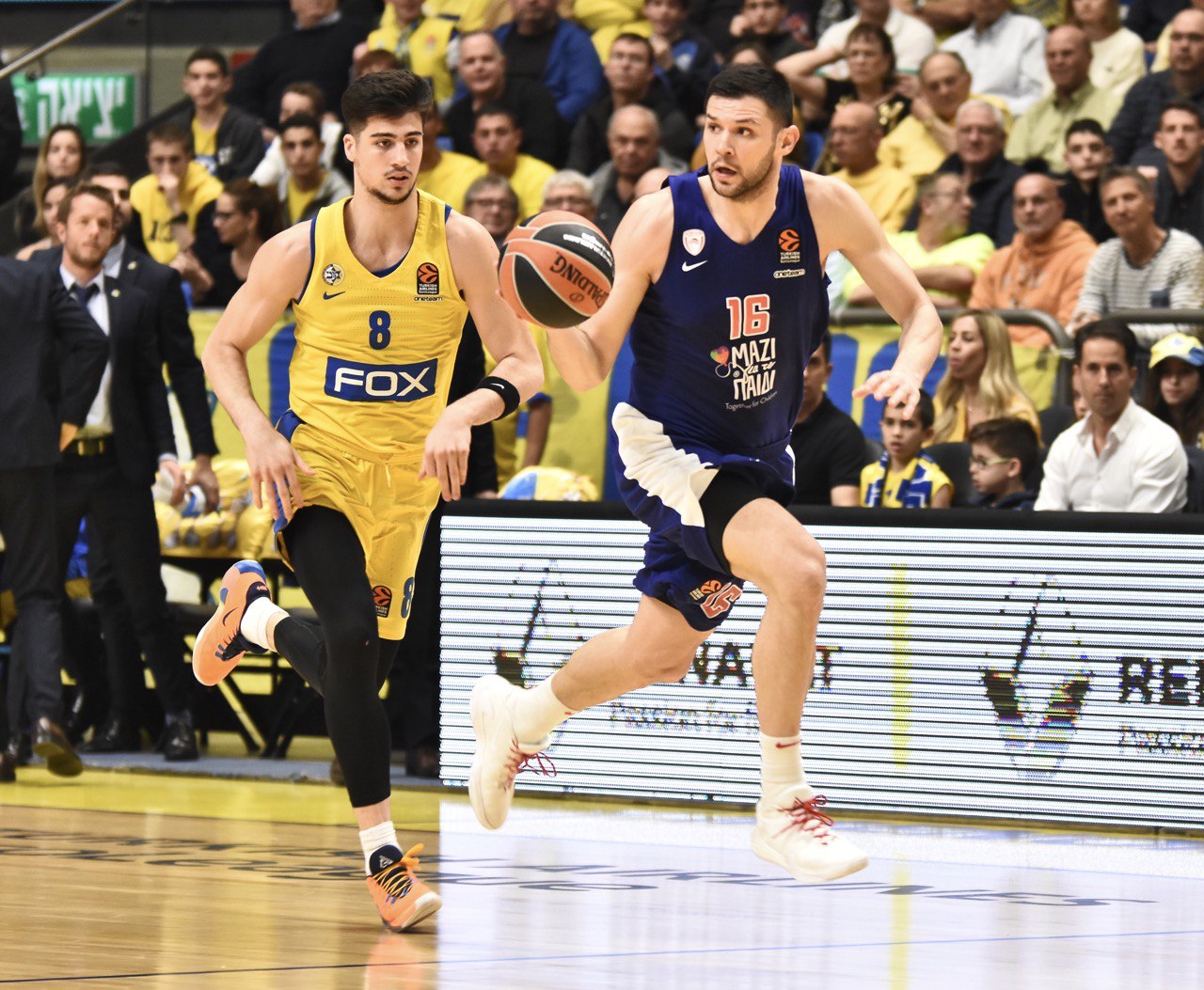 Speaking of critics, one final thought. I’ve got to call out John Hollinger and Same Vecenie of The Athletic. The former placed Avdija way down on his draft list at 16th overall, 3 spots below Aleksej Pokusevski and readily admitted that he hadn’t seen Avdija live in over a year when he was at the Basketball Without Borders Camp. As for Vecenie, he tweeted out Avdija’s numbers from the Ashdod game and when I commented that Deni had gone 7/8 from the charity stripe he kind of mocked it saying that “The free throws dropping were honestly the thing I was most excited about lol” Well one of Avdija’s nuggets criticisms up to that point had been his free throw percentage which had been hovering just over 55%. The bottom line is that the so called “Draft Experts” can sit in their Ivory Towers and make ludicrous statements that have no basis whatsoever.

2) Jerusalem is gong to be a totally different team that what we saw the break when Tashawn Thomas and J’Covan Brown. The Reds have plenty of parts that can play important roles, but the key is that Coach Oded Katash understands, realizes and knows that he can’t play the same basketball that he had done beforehand. Due to the fact that he gets it, so do the players as Suleiman Braimoh stated during his talk with reporters after the game. Of course, knowing that Jerusalem needs to play a different brand of basketball and actually playing a different style are two totally different things. That’s not to say Katash can’t convert his team to understand that what may have worked before may not work now. He can, but will he have the pieces to the puzzle that can topple Maccabi Tel Aviv should the two meet in the finals.

3) I admit it, I was a bit suspect about Hapoel Beer Sheva. On one hand, the southern Reds side did a wonderful job in bringing in brand new foreigners quickly and efficiently and loaded up their roster pretty much before any other team. But were the players going to be good enough to compete. Coach Rami Hadar has a style of play and a style of player that he likes to have on the court and he was able to get those individuals quickly which gave him an upper hand on getting his team ready and in the bets shape possible to battle it out for playoff spot. I saw Beer Sheva a couple of weeks ago and they were a work in progress but they had the horses to play with the teams here in Israel and that was crystal clear when they beat Holon this week. Sure Beer Sheva blew a big lead, but they showed the wherewithal to fight back and take the victory. Evan Bruinsma who earned The Sports Rabbi’s 1st Star of the Gameday 22 was magnificent as was Amir Bell in the win while Caleb Agada also did a fine job in the win. There’s a lot of good guys on Beer Sheva and I wish them the best of luck as they try and get into the quarterfinals. 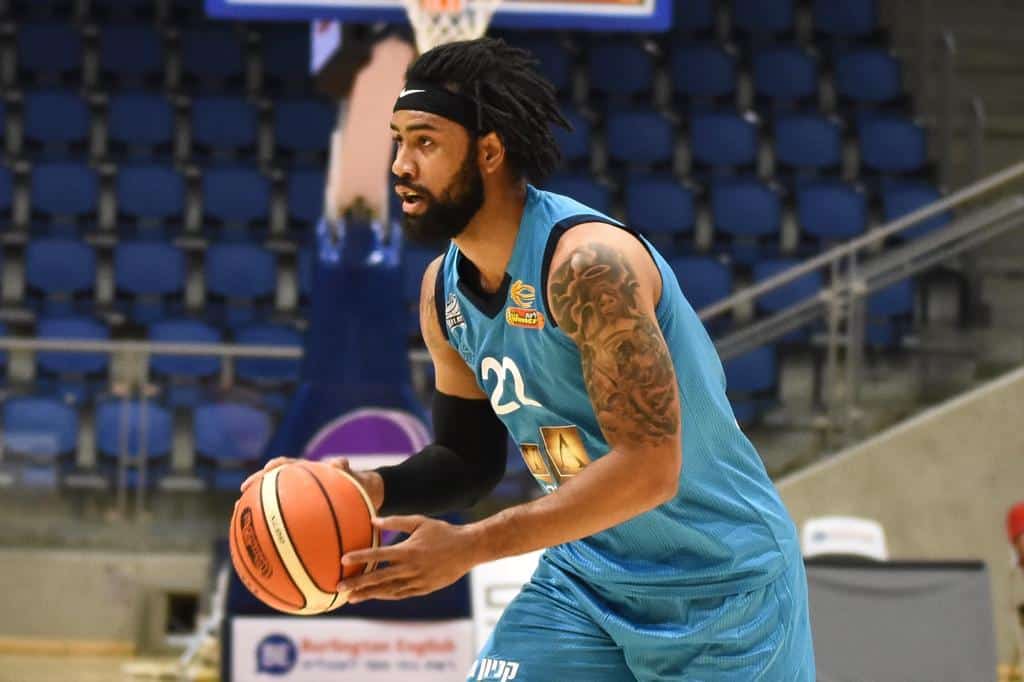 4) I was loving Hapoel Eilat in their big win over Nes Ziona. How about outscoring your opponent 14-0 in overtime to capture the victory, what a performance. But it wasn’t just that. The Reds Sea squad had a ton of heroes and players who stepped up, in what was a true team win for Arik Alfasi. Whether it was Ziv Be Tzvi who almost notched a triple-double or Rafi Menco who once again had a terrific performance it was also the new imports who did what they had to in order to lead Eilat to victory. Devon Scott was incredible with 26 points but it wasn’t just the scoring it was how he dismantled and rattled Cameron Oliver who struggled and eventually fouled out. Scott was able to get under Oliver’s skin time and time again as the two almost came to blows late in regulation. Jordan Caroline is a pure scorer while Milton Doyle can score, dish and also rip people right off with 7 steals. Not a bad showing. Eilat has talent and if they can repeat the performance perhaps they can slide into a playoff spot as well.

5) Nahariya looked like they were going to have trouble heading into the end of the season but lo and behold, their new recruit Ivan Almeida almost dropped a triple-double. Can you imagine how close we were to two triple-doubles this gameday? But it was also Itay Segev who showed his new team in France, Gravelines that he can do damage on both ends of the floor with 18 points and 10 boards. Segev is just getting better and better each and every day. Add to that Niv Misgav, who had a fantastic game plus Dominic Waters who like always played his heart out and you can easily see why Danny Franco can take this team deep into the season just as he did in the State Cup.

And-1
Last but not least, I am loving what I have been seeing from Hapoel Tel Aviv and I really like how coach Ioannis Kastritis is managing the club with confidence and humility. In many ways, he is cut from the same cloth as Maccabi coach Ioannis Sfairopoulos with his mentality and attitude and it’s clear that it’s rubbing off on his players. Tomer Ginat, Jordan Hamilton, Jordan Davis, Talib Zanna and Sek Henry have all benefitted thus far from the coach’s system and there is no reason to think that this won’t continue for the balance of the 2019/20 season.
Düzce escort Tokat escort Osmaniye escort Kütahya escort Mardin escort Van escort Yalova escort Şanlıurfa escort Kars escort İznik escort Kağıthane escort Sungurlu escort İzmir mutlu son
Tweet