Hapoel Jerusalem fell to Buducnost 86-81 on Gameday 2 of the EuroCup in Jerusalem. The hosts, who were without center Rich Howell due to a dislocated finger in his left hand missed the big man’s presence on both ends of the floor as Buducnost was able to slice and dice the Reds defense. After a first half that ended 39-36 in favor of the visitors, Jerusalem came out flat in the 3rd quarter as the Montenegrins ran out to a 56-40 lead just 5 minutes into the frame. Hapoel clawed back to tie up the game at 75-75 with 1:36 left in the contest but sharp shooting by Nikola Ivanovic from beyond the arc and at the free throw line helped the visitors to the 5-point win.

Jerome Dyson ended the game with 21 points and 7 assists while Allen Omic added 14 points and Austin Daye 13 in the disappointing loss that sends the Reds to an 0:2 record. Ivanovic finished the night with 19 points as Filip Barovic and Nemanja Gordic chipped in with 13 points each.

3-Pointers
1) Paging Ori Allon! Paging Ori Allon! New York, we have a problem. Something just isn’t working and the defense is definitely one of them. Throughout the press conference coach Katsikaris spoke about defense, defense and more defense. Whether it’s the pick and roll, low post, one-on-one or rotation defense there’s plenty of work that has to be done. Curtis Jerrells also mentioned prior to the game that the team hadn’t worked that much on defense and it certainly showed tonight. When asking the coach as to why arguably one of Israel’s best defensive players, Bar Timor only saw the court for 3:49, “Yogev was in and was doing well pressuring the ball. We had Curtis and Jerome on at the same this is what we chose to do.” That’s certainly an answer but one that leaves one puzzled. In a game that Rich Howell was unavailable to play and five players were in for 24 minutes or more it just seems to me that more minutes could have gone to Timor. Even if Howell was going to play, #11 deserved more than what he got. Timor who has played lock down one-on-one defense both for Jerusalem and the Israel national team must have scratching his head thinking what was going on. Perhaps the thought entered his head questioning why he decided to stay in Jerusalem when he had the opportunity to sign for Maccabi. 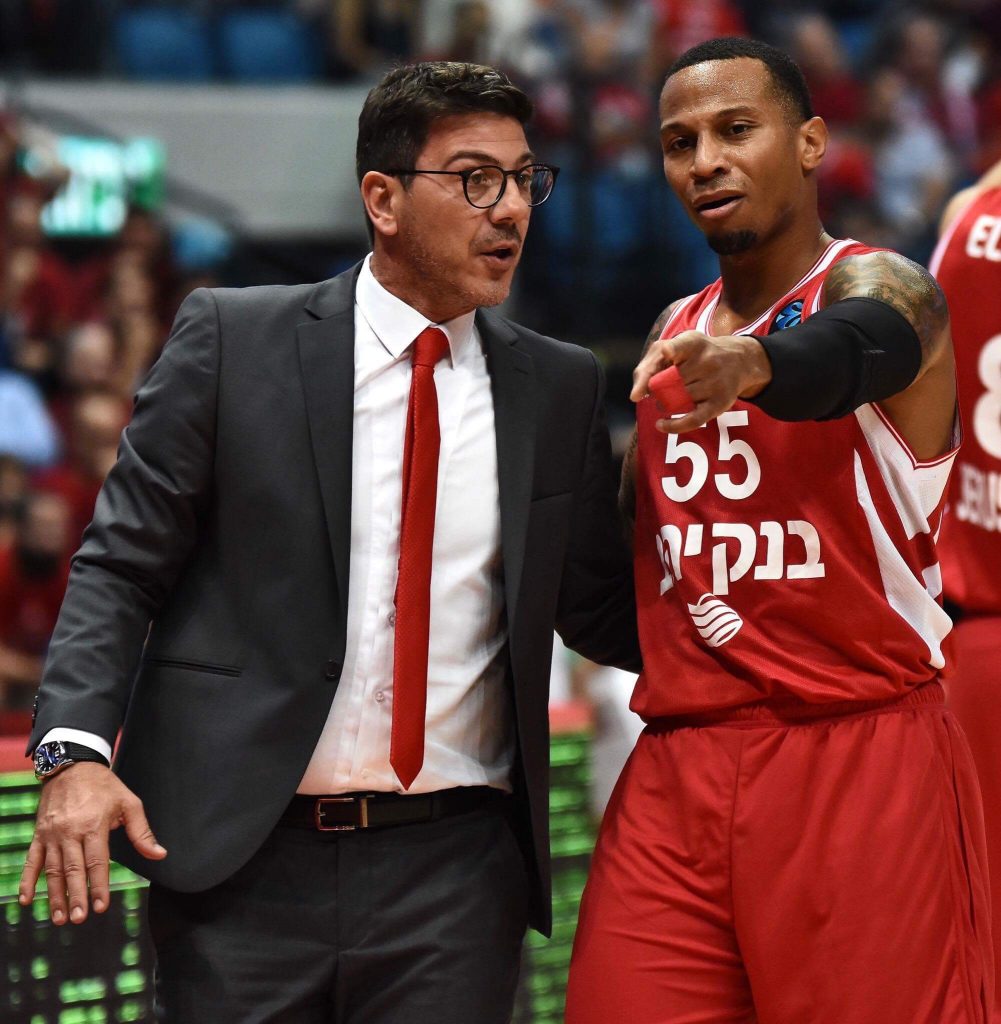 2) Curtis Jerrells’s role has changed and it’s taking time for the guard to adjust just like the rest of the team. Last league game, #55 took a total of 3 shots in 30 minutes and scored only 2 points while against Buducnost over the course of the first 3 quarters he had only made 5 attempts at the basket, good for 2 points. Jerrells ended the game with 10 points but it was only once he started going to the basket in the final frame that he began to look like the player we saw last season. For the the most part Jerrells may have been on the court but had very little impact. Once the 4th quarter got rolling and his role seemed to revert back to what we had seen in the past, his confidence returned. It’s hard, very hard to change, as the saying goes, you can’t teach an old dog new tricks, and Jerrells is an Alpha Dog. He needs to control the pace of the game from beginning to end. That is how he thrives as a player and a leader and that’s his biggest contribution he can make to any team. He needs to be given the keys. Jerrells diplomatically spoke about the changes within the team: “Like I said yesterday, a lot has changed for everybody and everybody’s role has changed. Coach has made it very clear that we are going to have to sacrifice a little bit as far as going in with his philosophy and things that he wants to do. So that’s what we are all doing. Whether it’s minutes or shots.” Jerusalem is 0-2 in the EuroCup and have Bayern Munich next week at home in what has become a must, must win before it’s too late. Something’s got to change and fast or else the European adventure is going to end prematurely.

3) APB. APB. Amar’e Stoudemire. Yes, Amar’e Stoudemire is missing. Both on and off of the court, #1 is in need. On a professional level, Omic is also a concern if you can read between the lines and both Jerrells and Dyson shared their thoughts: Jerrells, “Absolutely. Anyone that can protect the rim and Amar’e was a vocal leader for us with big experience. Great finisher around the rim and definitely someone like him is needed on this team. At the end of the day this is what we have and we have to go out and compete to the best of our abilities.” Dyson: “Amar’e is a great guy. But this is the group of guys we have and we got to make it work and I know that we can.” Stat can not only help on the floor but most importantly off of it as well. It’s clear that his leadership is needed and missing. He may be the link that can settle the ship. It was odd not to see him in the lockerroom after the game and it sometimes is hard to move on and you must, but in this case, especially in Europe where owner Ori Allon is trying to make the case to move to the Euroleague, a player like Amar’e is missing.

Overtime
Hapoel Holon was destroyed at home by Monaco, losing 85-56. Yes, by 29 points. Monaco is a strong team but Holon was never, ever in the game and coach Dan Shamir is in trouble, deep trouble. Holon has not looked good across all competitions and there will be player changes sooner rather than later. Guy Pnini with 1-point while Chanan Colman and Shlomi Harush each ended the game with 0 points isn’t going to cut it. It’s surprising to see Holon struggle they way they have. Holon heads to a tricky date with Herzliya on Sunday night and they get Juventus next week. Juve? No, not that one but Juventus UTENA from Lithuania.