3-Pointers
1) Real Madrid is good, actually they are really good. They can score at will, they have tremendous size at every position especially at center with Walter Tavares towering over everybody else on the floor. Anthony Randolph came out on fire after being injured since Gameday 16, Fabien Causeur had one of his better games and what can you say about Facundo Campazzo, he’s just growing up in front of our eyes. But let’s begin with Tavares who just is a massive game changer in the paint, as he forces the opposing offense to change everything that they are used to doing. You like to drive into the paint? Sorry, Tavares is there. You want to get the ball to the big man in the paint? Sorry, Tavares is there. You’d like to take a midrange jumper? No dice, Tavares is there. The former Atlanta Hawks center recorded his season high in blocks and went way over his season averages in points and rebounds, not what Maccabi needed in his 32 minutes on the floor, also a season high. Othello Hunter, Jalen Reynolds and Jake Cohen who usually have high percentages inside had abysmal games going a combined 7/20 as the team as a whole only shot 46% which is never going to win you a game despite going 11/29 from beyond the arc. “I always try to be focused and help my team as much as possible,” said Tavares following his MVP type performance. “If it’s a rebound or a block, that’s my job on the team. I have to do that first and if I can get offense, too, OK.” Despite the numbers saying otherwise, Quincy Acy who was short on words in the lockerroom following the clash didn’t think that Real and Tavares dominated the paint, “I wouldn’t say dominate. He’s (Tavares) 7”3 and had some good blocks.” Sorry, he has more than just a few good blocks.

2) Next up for Real was Anthony Randolph. Well, actually he was first up dropping 13 points in the first frame as he set the tone for his return. The NBA veteran who has now featured for Madrid since the 2016/17 season hit a trio of triples out of the gate and also went over his season averages in both points and rebounds. After being out for a couple of months the lanky big man did serious damage from both the outside and inside to get his club back onto the winning track after three defeats in a row. “It was tough not being with the team for this time,” Randolph said. “But I just stayed ready, always put in my work, and was ready to play. We did a good job on defense. In the first half, we gave them a lot of second-chance points. We did a better job of controlling that in the second half and that’s why we won here tonight. We just keep on going on. Randolph’s coach the last three years has been Pablo Laso had this to say about the LSU product, “When you come back from an injury the first day before the game we were watching him shooting and he wasn’t having a great night, but then the game starts and everything goes in. He’s a very important player for us and I’m happy with his defense and percentages. He gives us depth. We know we have to be patient with Anthony but when he plays like this we know how important he is for us.”

3) Last but not least let’s look at Argentinian guard Facundo Campazzo. After starring for his National team this summer at the World Cup, Campazzo came back to Real an even better player and one with even more confidence than the player that left. The Córdoba native made his way to Madrid in time for the 2014/15 season in which he captured the Euroleague title but played under nine minutes a game. The next two years the 5”11 guard honed his trade UCAM Murcia where he was given the minutes to continue to improve and become the player he is today. After returning to Pablo Laso’s stable in 2017/18 he won yet another Euroleague and featured much more on both ends of the floor, however, he was still trying to find his place. Now at the age of 28, Campazzo has been given the keys to drive this high end car around the the floor and he’s done a marvelous job in doing so far this campaign. Of course, just as Tavares and Randolph hit their season highs, so did their floor general with more points, assists and steals than he usually averages. Campazzo’s guile allowed him to come up big down the stretch for Madrid and put the proverbial hammer down with a massive 3-pointer and free throws to take the game. “Facundo has been on Europe now for six years,” Laso said. “When we brought him six years ago it was his first experience here coming from aboard. He is a European champion and has gotten in front of Sergio Llull and Sergio Chacho Rodriguez. He learned a lot and then he went to Murcia and continued to progress. Now he is back for his third year and he controls the team and knows his coach better and his coach knows him better. I think he is very important for us especially the energy he gives us, his composure and the way he runs the team. I think that with him we feel he is a player that has a lot to give us. He’s always going to give you 100% and he had a great game. The free throws and the 3-pointer were very important for us.”

Overtime
Is it the end of the world that Maccabi finally lost a home Euroleague game? No. As they say “All good things come to an end”, and that streak ended. The Real players were fully aware that Maccabi had been undefeated at Yad Eliyahu and they came in prepared for that explained Walter Tavares, “We knew that they didn’t lose this season at home. We came focused to do things perfectly and that was what was needed for us to win the game.” Othello Hunter looked at the game as just that, another game along the way in a 34 game Euroleague schedule, “It’s a basketball game. We win some and lose some. At the end of the day it’s protecting the house as we’ve done that all year. It’s one game and it won’t break us. Every game we want to win, our mindset is to look at the next opponent and be prepared.” Coach Ioannis Sfairopoulos had this take in the first home loss of the campaign, “From here on out we continue, there is no unbeaten team although Yad Eliyahu is a tough home court, Real has quality and they knew how to play in front of our fantastic crowd.” The coach giving credit where credit was due. 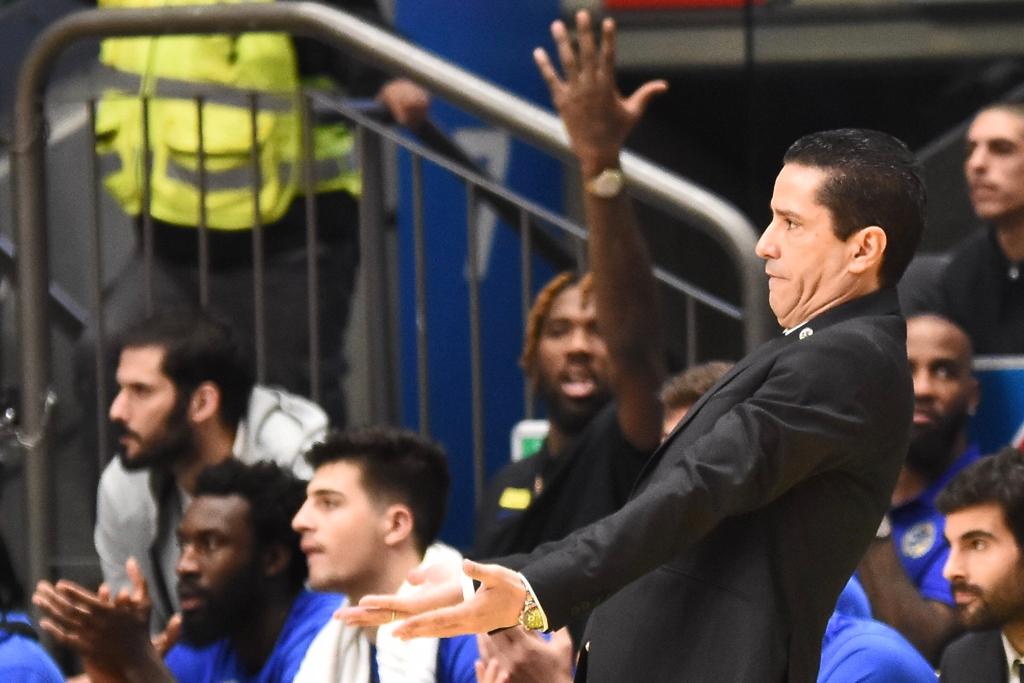 And-Ones
A) For Madrid they also broke a streak of 3 losses in a row while suffering from injuries which is something that Maccabi has been dealing with all season long. “We are a new team,” explained Yellow & Blue Coach Ioannis Sfairopoulos. “Our players are playing these types of high-level games for the first time. This game and these, in general, will give us experience as we are learning and improving. I’ve said before, our team is good, but we need to improve, and we have a lot of potential to grow.” Sfairopoulos continue his thoughts on the matter, “Adding new players to the roster makes it harder to have great cooperation and coordination, so it’s not easy to have the same chemistry as we had before the injuries. It’s tough to play this top-level game against Real Madrid, who’s a candidate to win the EuroLeague.” They are certainly a candidate and that’s exactly what Anthony Randolph said as well, “Our main goal is to be in the Final Four and have an opportunity to raise the trophy at the end of the season.”

B) One of those new players is Amare Stoudemire who jetted off immediately after the game to Florida for a family matter that had been scheduled before his signing with Maccabi. STAT made an inauspicious debut playing the final 1:58 of the first half and scored his first two points in Yellow & Blue. Of course no expected the 6-time NBA All-Star to play a significant role in hjs first game and Coach Sfairopoulos said just that, “Amar’e has only been with us for 4 days and was with us for two practices and one game. For this level he doesn’t know 80% of the plays both offensively and defensively.” 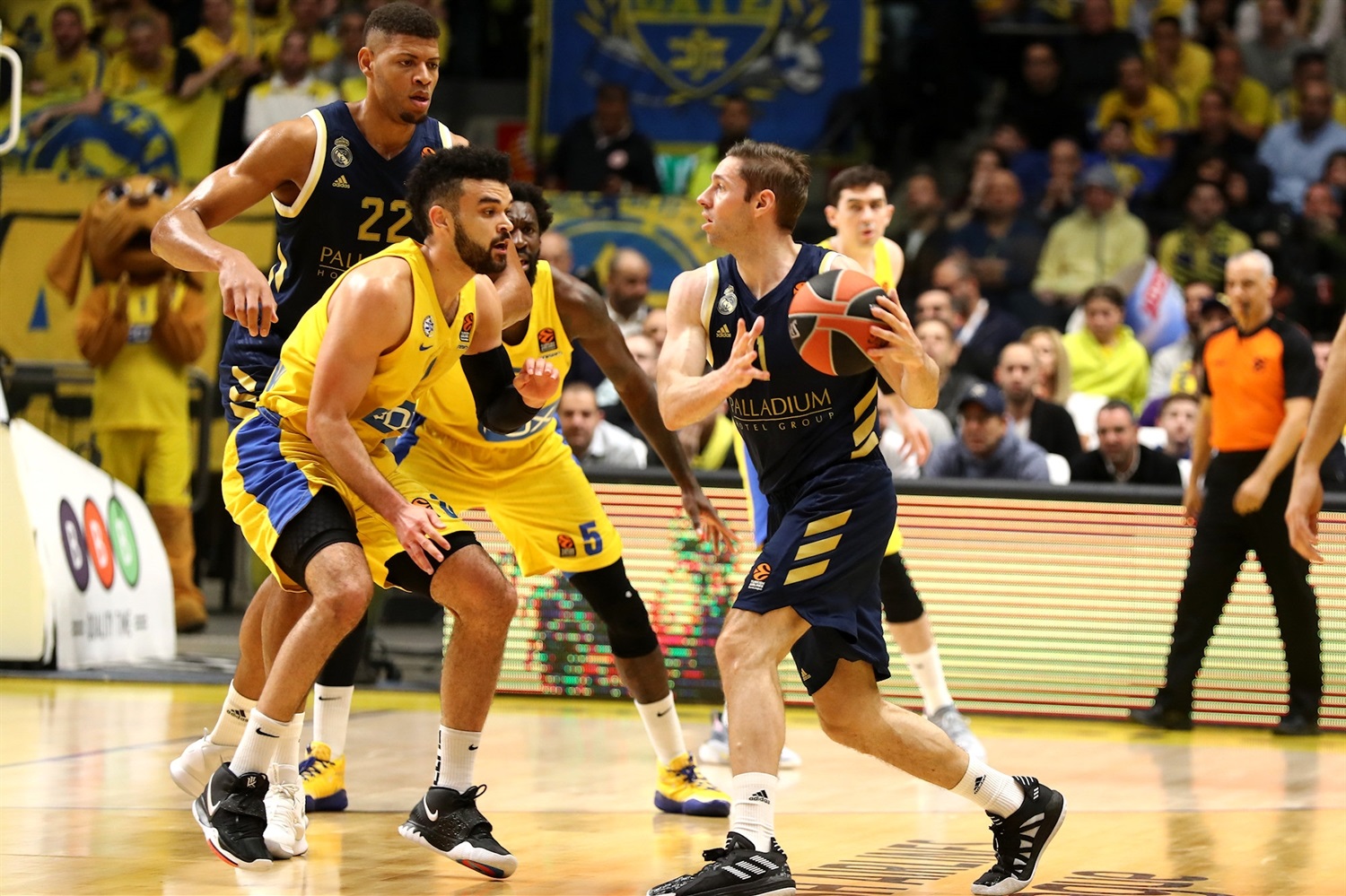 C) What could have Maccabi done just a little bit better to close the oh so close gap between them and Real? “Everyone could have played better myself included,” Elijah Bryant said in the lockerroom following the game. “But it’s one game, we are looking forward to learn from this and go out to the next game.” Quincy Acy has these thoughts, “We just got to do a better job not giving them easy baskets, tighten up our defense and be more confident on offense.” Othello Hunter also chimes in on what the club could have done a bit better, “Smarter shots and our shot selection. I think we were there defensively but there were miscommunication at times.” Last but least the question on my lips is can Maccabi beat Real Madrid as there is a chance that these teams will see each other in the playoffs, “I think we can beat anyone in this league. It’s a tough league but everyone’s beatable.”
Düzce escort Tokat escort Osmaniye escort Kütahya escort Mardin escort Van escort Yalova escort Şanlıurfa escort Kars escort İznik escort Kağıthane escort Sungurlu escort İzmir mutlu son
Tweet