The Blue & White finally got the proverbial monkey off of their bat to pick up their first win of the Eurobasket Group Stages in Tel Aviv by defeating Germany 82-80. Richard Howell starred with 23 points, 9 rebounds and 7(!) steals and didn’t pick up a foul while Omri Casspi recorded a double-double scoring 20 points and collecting 11 rebounds. Guy Pnini came back with a vengeance nailing 3 shots from beyond the arc good for 15 points and Gal Mekel drained 12 points to help Israel to the much needed win.

Israel played solid ball throughout the first twenty minutes and were able to contain the always dangerous Dennis Schroder to 12 points after the first half as the guard picked up two fouls. Daniel Theis helped put the German cause as well by dropping 10 points, but Robin Benzing finished the half with a goose egg on the scoresheet. Richard Howell held Israel together with 12 points of his own to go along with 5 rebounds while not picking up a foul as Omri Casspi added 9 points and 5 boards of his own as the half ended even at 43 a piece.

However, the third quarter looked like a repeat performance of last night’s contest as Germany came out on fire to start the 2nd half and ripped Israel apart outscoring the Blue & White 26-14 in the 3rd quarter. With Dennis Schroder in foul trouble early on in the frame Danilo Barthel stepped up and scored 8 points in five minutes while Voightmann added 7 points of his own as Germany looked to salt away the contest in the final quarter.

But, Israel came back to life taking the final frame 25-11 while putting the shackles on the German team thanks to Guy Pnini’s sharpshooting nailing the goahead three pointer with 28 seconds to go to take the win 82-80.

3-Pointers
1) WOW, WHAT A WIN! Israel finally picked up their first win of the competition that they sorely needed. Howell played great scoring at will for what was an MVP worthy performance while not picking up any fouls. When I asked him last night how he was going to stay out of foul trouble he said that he would have to keep his hands to himself and he did exactly that. The big man made sure not to jeopardize himself and in turn his team by picking up unnecessary and cheap fouls. He was brilliant in every sense of the word. Howell, who is a naturalized Israeli has poured his heart and soul into this campaign and said right after the game that he just wants to win and okay his best. The smile on his face said it all.

2) The referees definitely played into the win calling questionable fouls and unsportsmanlike fouls on Dennis Schroder (20 points & 7 rebounds), the star of the German team who plies his trade for the Atlanta Hawks. When a team is up 12 points after 3 quarters they have to put away the game and they just couldn’t. Robin Benzing (4 points) was nowheres to be found all game long and coach Chris Fleming commented on that by saying that it wasn’t one of Robin’s best bodies of work and that he’s sure that he’ll come back strong next game. Danilo Barthel had a good showing with 10 points and Johannes Voightmann scored 13 points. The loss moves Germany to 2-1 and are tied with Lithuania and Italy while Israel, Georgia and Ukraine are all 1-2 in a wide open group.

3) Israel’s bigs had a terrific game from Omri Casspi who looked superb, Howell who’ve we already analyzed and Guy Pnini but their guard play was not at its best. Gal Mekel may have scored 12 points and Bar Timor was a game changer on defense but only scored 3 points. Yogev Ohayon scored one 3-pointer in 14 minutes, while Shawn Dawson disappointed again with 0 points in 8 minutes. Against both Georgia and Ukraine who feature some big players who are a bit on the slow side, Israel will need good ball movement to pick apart the likes of Shemardini, Pachulia and Shengelia. Head Coach Erez Edelstein will have 48 hours to get ready for this next contest and I’m sure he will pay special attention o what needs to be done to make sure Israel makes it to the Promised Land.

Overtime
Credit goes to Head Coach Erez Edelstein for getting his troops ready to go and played a quality first half, but fell apart in the third going down by 16 points into the fourth, however he pulled his players together and they pulled off the win when their backs were against the wall.
“This was a big win that made a lot of people happy. We played very good basketball during certain parts of the game at a very high level. We will stay calm and humble and get ready for Tuesday. Will come in to a sold out house and as the Bible says, “Tuesday is twice as nice”. Georgia will be a tough tough match.

Guy Pnini:
“We had a long couple of days with a lot of emotions. We showed a lot of character. It was up and down with good and bad moments together with this crowd we can win anything. It was a very special win. This event is something else. I’ve been almost everywhere in my career but for me to play in my own country is something else. I’m happy we did it, players came into the game with a lot of energy. Credit to Bar Timor for coming in and being able to make an impact. Georgia is a very good team, many times over the past few years and they have visited Israel a few times and we know them very well. I’ve played with Giorgi Shermandini and I know him a bit. It will be a tough game.” 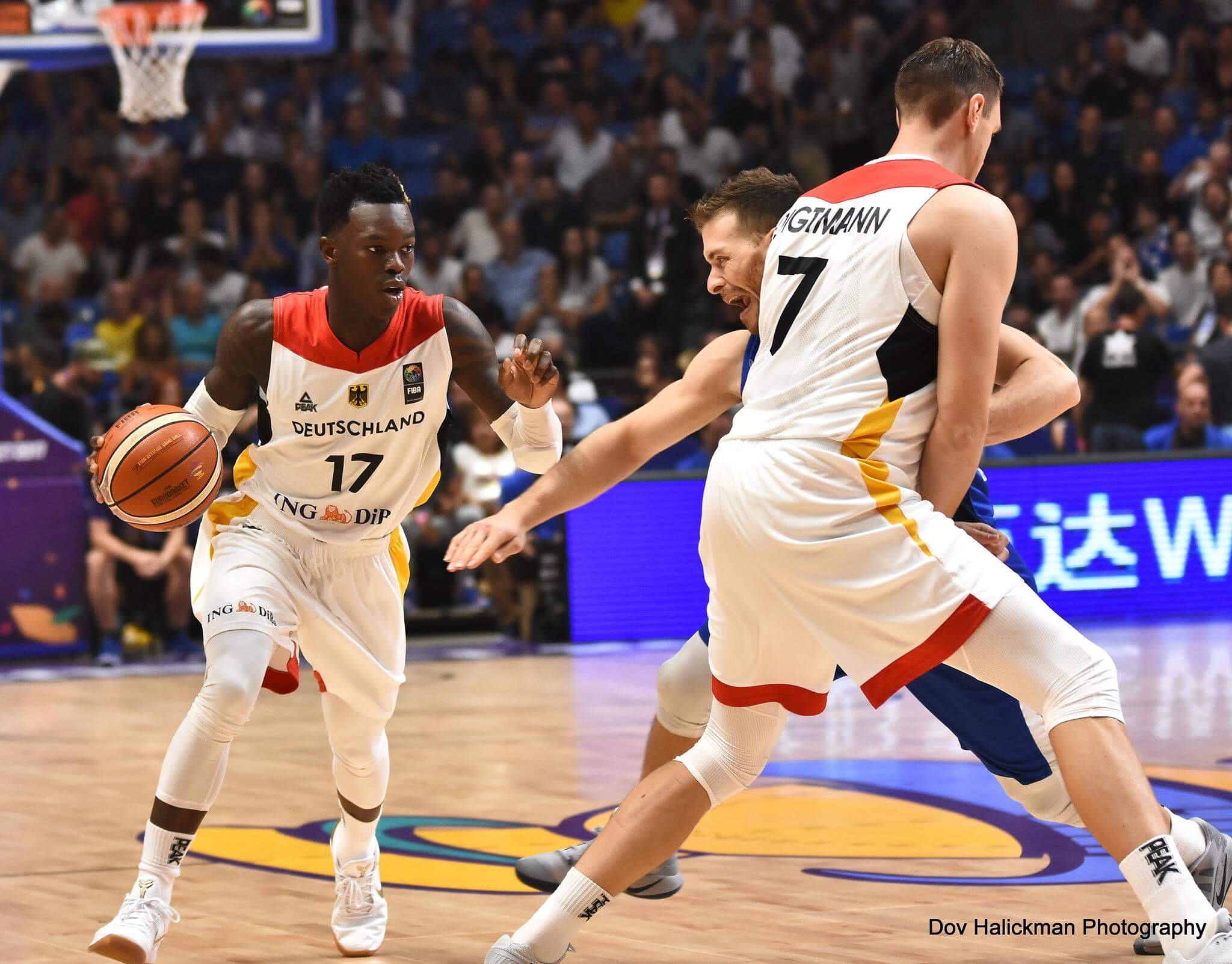