Maccabi Tel Aviv drew KF Tirana of Albania as their opponent in the first round of Europa League qualifying with the first leg being played at the Netanya Stadium on Thursday June 29th while the return leg will be next Thursday July 6th at the Selman Stërmasi Stadium in Tirana. 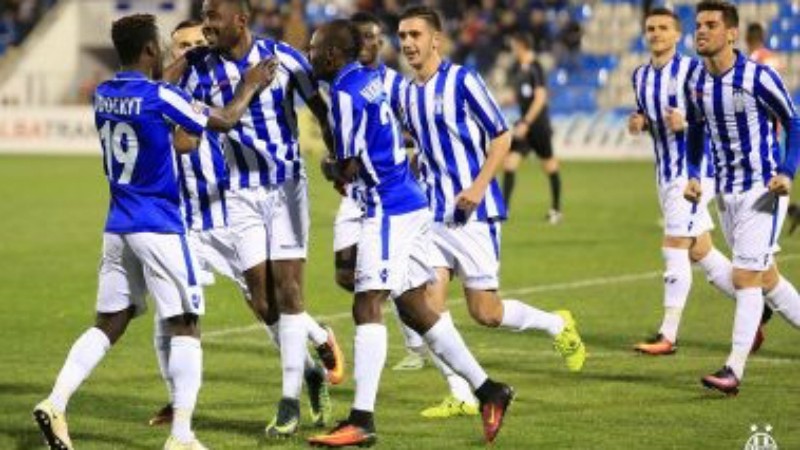 We spoke to @AlbanianFooty all about what the Yellow & Blue should expect from the Albanian outfit and their brand new coach, Brazilian Zé Maria.

“New manager Ze Maria (José Marcelo Ferreira) was appointed head coach June 17, so it’s hard to say what style the team will play. But I assume that they will sit back in Netanya and try their best to counter,” said @AlbanianFooty.

Ze Maria in fact played most of his professional career in Italy for the likes of Inter Milan, Perugia, Parma as well as for Levante in Spain as a right back/midfielder. However, his resume as a coach includes teams from Romania and most recently Kenya where he was in charge of Gor Mahia FC, a team he guided to second place. Now with Tirana his goal is crystal clear, “His main job is to get the club promoted back to the Super league.”

Maccabi will need to watch out for a number of players on the Albanian side says @AlbanianFooty, “GK Illion Lika (37 years old & former National Team player), center half Gentian Muça who has been with the club since 2012 and has made 112 appearances, and captain Erando Karabeci, a midfielder with over 200 appearances for the club are the key players. There are also many players that the new manager has brought in as players have been released.” 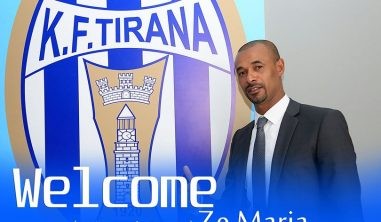 One of the interesting facts about Tirana is that even though they were relegated to the second division they were able to win the domestic cup vaulting them into the Europa League qualification rounds. @AlbanianFooty explained how the Club was relegated, “The team was relegated because of a lot of factors. Surprisingly the team was doing well in the first half of the 16-17 Albanian super league season but that all changed after Ilir Daja (the Club’s first coach last season) was oddly sacked after a home draw to a team below Tirana in the standings.”

@AlbanianFooty continued, “Tirana “legend” Mirel Josa was appointed in his place and Tirana began dropping points to teams below them in the standings. An agreement between KF Tirana and Partizani to share Selman Stermasi Stadium (KF TIRANA’s home stadium) resulted in the fans boycotting home matches. This didn’t help the team and resulted in even more points being dropped to teams Tirana should expect to beat.”

The Cup was obviously the highlight of the season for Tirana, “They won the cup because the team felt they needed to repay the fans for relegation. Also, Skenderbeu their opponents didn’t really have much to play for because they already secured a spot in UEL qualifying.”

1) The only Israeli club that Tirana has faced up until now was Hapoel Beer Sheva in the 1995/96 Qualifying Round of the UEFA Cup losing to the southern side in both matches (1:0, 2:0) of their two legged tie.

2) The Club’s home stadium Selman Stërmasi is named after the coach who managed them in the 1930’s, helping them to 5 domestic league titles.

3) Tirana is ranked 393 in the UEFA Club rankings and has a coefficient of 1.825. Maccabi is 88th with a coefficient of 23.375, the highest of any club in the first round of Europa League qualifying.

4) Tirana was officially formed in 1920, however was already active in Albanian football in 1911 winning the country’s first championship but is not officially recognized by the football association.

5) The Club is the most successful and decorated club in Albania winning 50 domestic titles including 24 League Championships, 16 Albanian Cups and 10 Albanian Super Cups.

6) Tirana has been part of European football competitions since 1966 and has faced a couple of clubs that Maccabi has also played in continental action including Bayern Munich, Ajax and ND Gorica.